PETER JONES is a 67 years old farmer from WEST WALES who happened to be a GREAT PHOTOGRAPHER too. 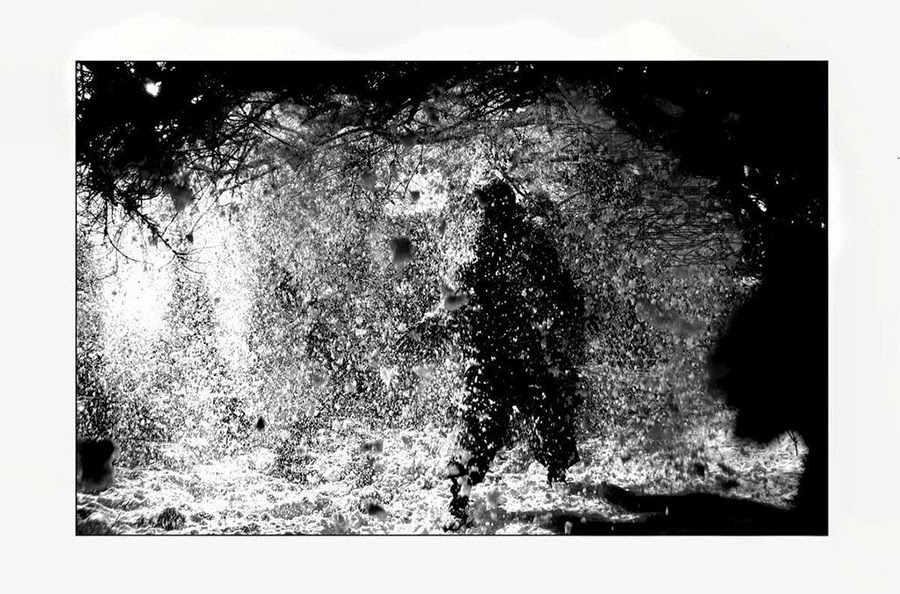 I remember exactly, when I met Peter Jones for the first time.

I was working at Third Floor Gallery, when an older man came in. First thing I have noticed about him, before a single word was even spoken, were his hands. They were shaking (as I've learned later it was due to Parkinsons disease). He greeted me and asked about requirements to present his work during upcoming TFG's Stand Up Slideshow (SUS is something like an open mike for photographers). He stayed at the gallery for a while and when leaving dropped simple 'see you on Friday'.

SUS is for fun, so we never have expectations about people's work. We just enjoy to talk about pictures. Few times however, we were surprised. Even fewer the way we were with Peter's work. Before the presentation Peter introduced himself to a small crowd gathered at the gallery. He said he is over 60 years old farmer from West Wales. He said he used to take a lot of pictures before and he'd like to share some of them with us...

I was moved by his work. The guy is really talented, it seemed unbelievable he was never published or exhibited before. Recently I saw some of his new shoots on Facebook and I couldn't stop myself from asking few questions about his life and practice. Below is what he had to say. The images come from his 'Welsh Farming Community' project. 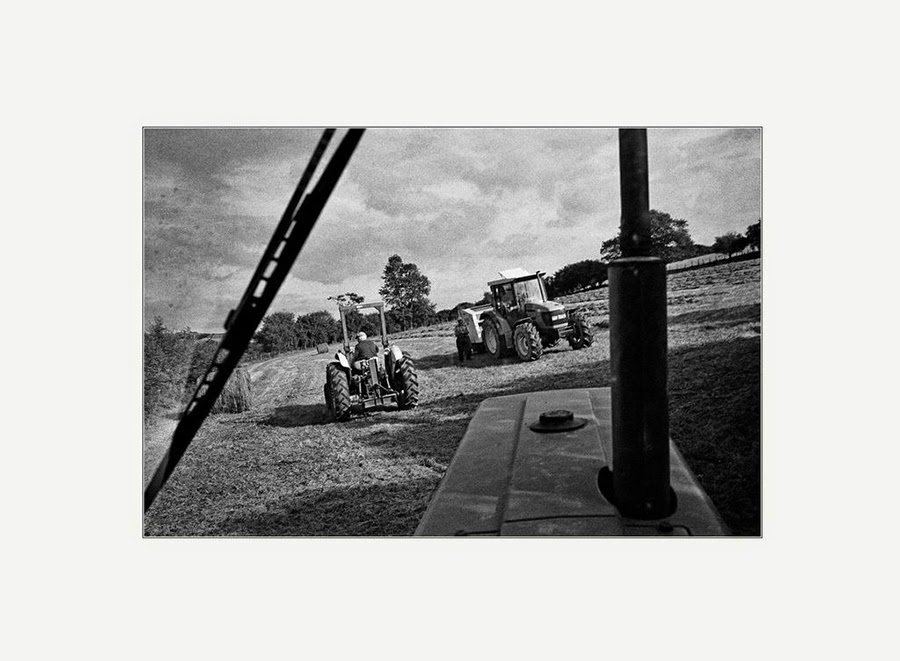 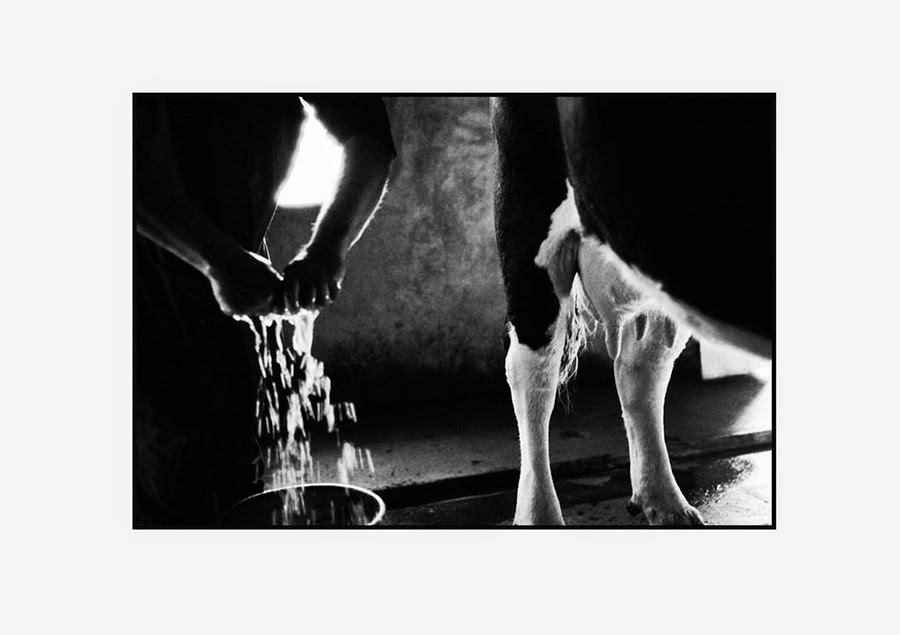 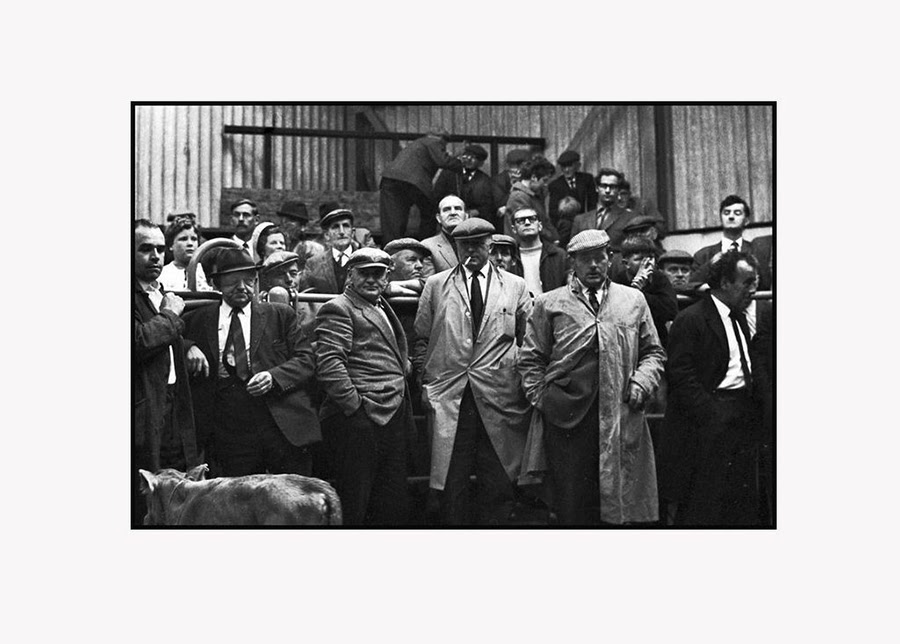 I was born in the town of Aberystywyth in 1947 to a conventional family which would be called middle class, one elder brother, mother and entymologist father who worked for the Min. of Agriculture. Schooled in the town where I enjoyed a happy well balanced childhood, played football for the town and had final trials for Wales youth team. Left school with various qualifications but not suitable for entry to art college so studied subjects needed by doing night classes whilst working as a technician in the University. Attended 3 year photographic course at Manchester College of Art and Design '66-'69 where I was influenced by the work of Edward Weston and Tony Ray Jones. Went to London to look for work and found a job as John Thornton's first assistant. Came home one w/end to visit my sick mother in hospital and never went back to the big smoke. Got involved with farming beef and sheep  on family farm and didn't touch a camera for the next 30 years ( much to my present day disgust ) but I still took pics with my eyes. I have many wonderful images stored in the grey matter but am unable to share them. Got married to Judith a nurse and had 2 daughters who both work for the NHS and became a farmer, would you believe, I certainly wouldn't if told I was going to be. 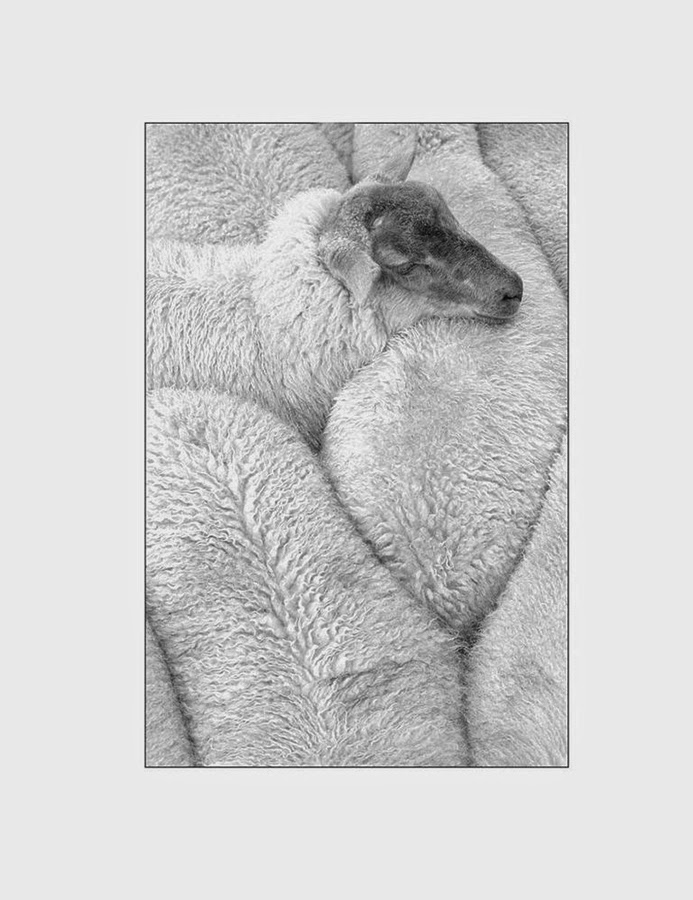 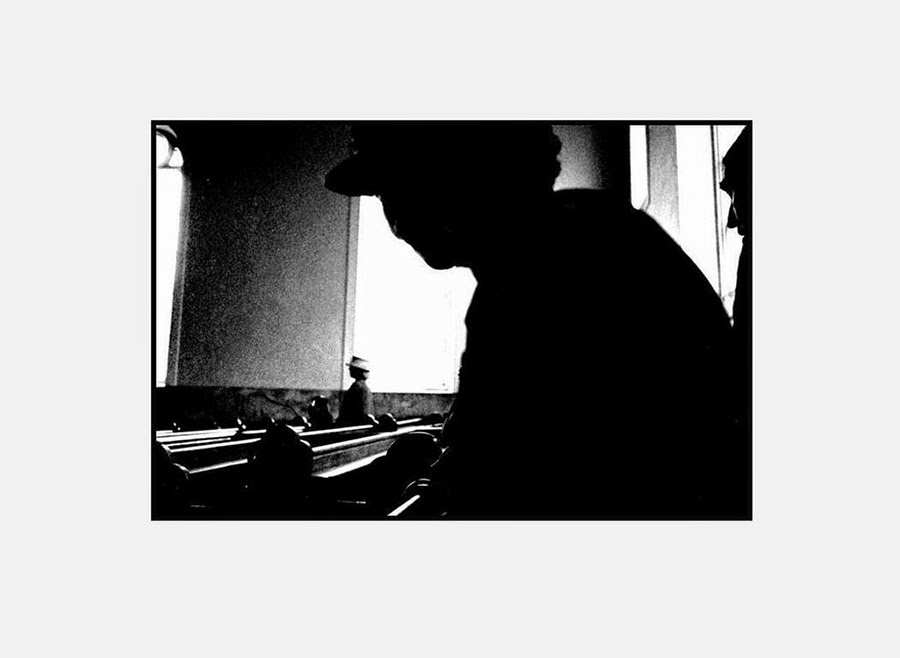 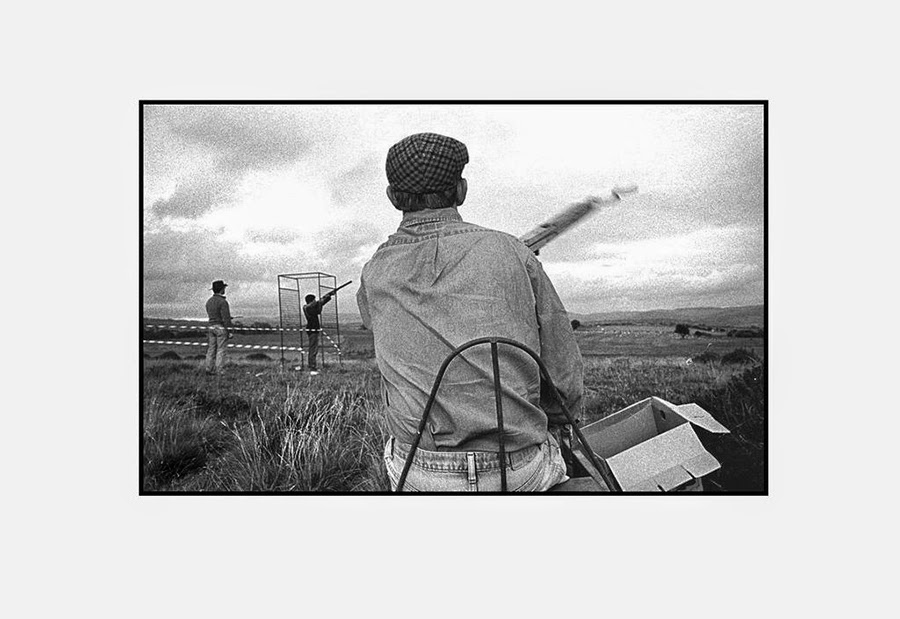 I think my initial interest in photography was started by a family friend who showed me how to make contact prints of 21/4 sq. negs. I would have been about 10 years old and found the process to be wonderous. Bought a Kodak Duoflex box camera and developed (pun) my interest. My reintroduction into photography started at the turn of the millennuem when my sister in law who works in Aberystwyth Arts Center entered my name to take part in Ffotogallery's "Just Another Day" project where one of my pics was chosen for printing alongside the likes of Bruce Gilden, David Hurn etc. They gave disposable cameras and free processing to those involved which suited me because I had no equipment at all. I thought there might be some life in the old dog yet.

I have never had an exhibition or proper appraisal of my work apart from winning some insignificant photo competitions. which didn't stand for much due mainly to my own apathy (I'm not a very pushey person) I'm content if I can produce a meaningful image that means something to me if others get pleasure from them, all the better.

I always planned on coming back to photography during retirement but unfortunately ill health (Parkinsons Disease diagnosed 2008) gave me mobility issues. However we struggle on in pursuit of that all meaning image. 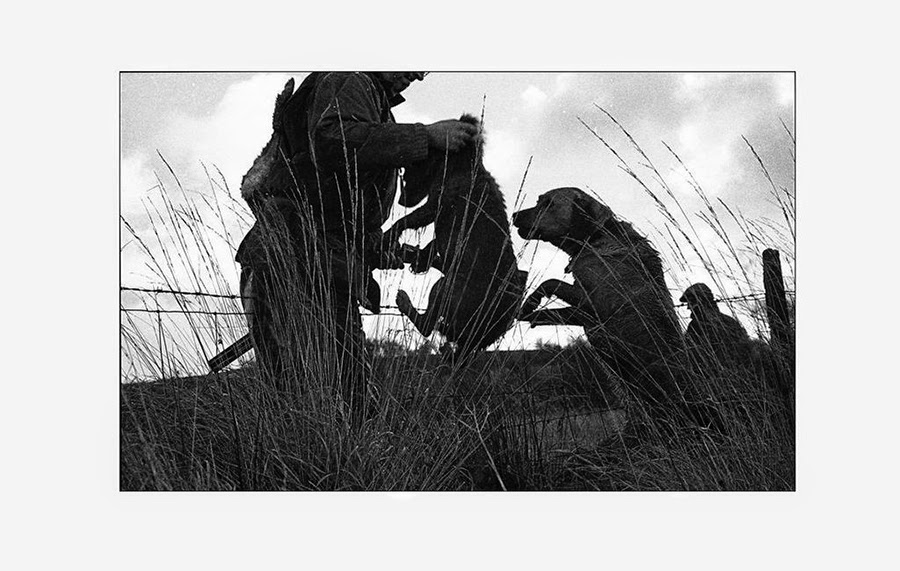 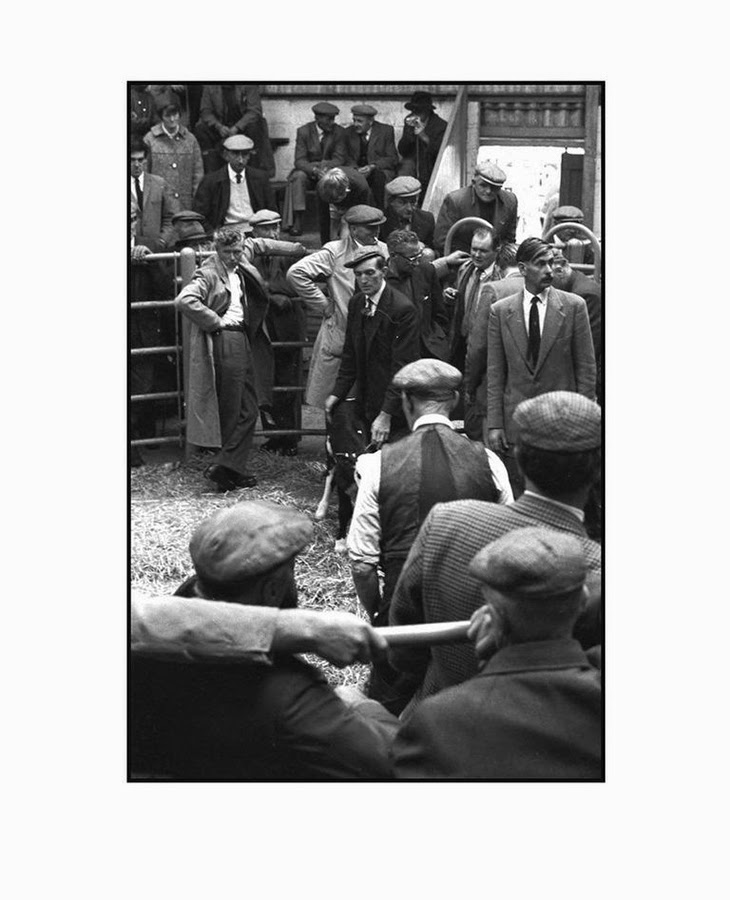 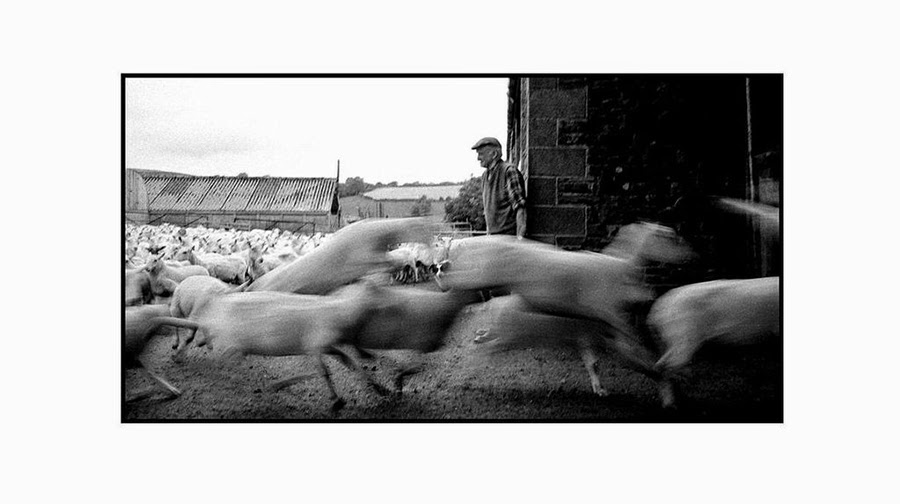 Because I achieved some moderate success I went and bought a Leica m6 along with 2 lenses: 35 and 50mm which I still use. My method of taking photographs involves being as unobtrusive as possible, looking for a likely situation or person that catches my interest I move quietly around them hoping they're unaware of me. My equipment list is still very minimal... Developing tank and cheap Lidl scanner.
My difficulties start with trying to load film onto spiral with hands that tremor and fingers that don't respond to instructions. Also when confronted with an exciting subject I shake all over. I have overcome this problem somewhat by doubling film speed to 800 so I can use faster shutter speeds. I don't shoot a lot of pics and am disappointed if I don't get a meaningful image per film.
I crop my images because it's an essential tool in concentrating the elements within a frame to make a picture more meaningful, in other words cut out the crap. I use white borders because I like velvety blacks which are enhanced  by the use of them. 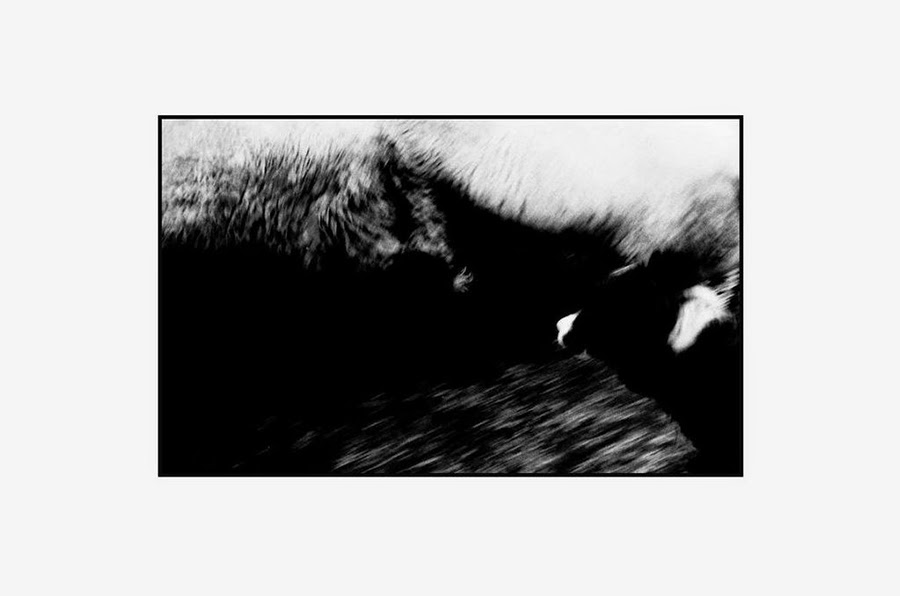 The project "Welsh Farming Community" was born several years ago when I found several images in my collection with a similar theme I organized them into a file and have added to them since. The objective of the project is to record, in a non judgmental way a disappearing  way of life. Some of the images span a period of 40 years and will come to it's conclusion when my shutter stops blinking. The project consists of shots which have been made within a small area of Ceredigion. 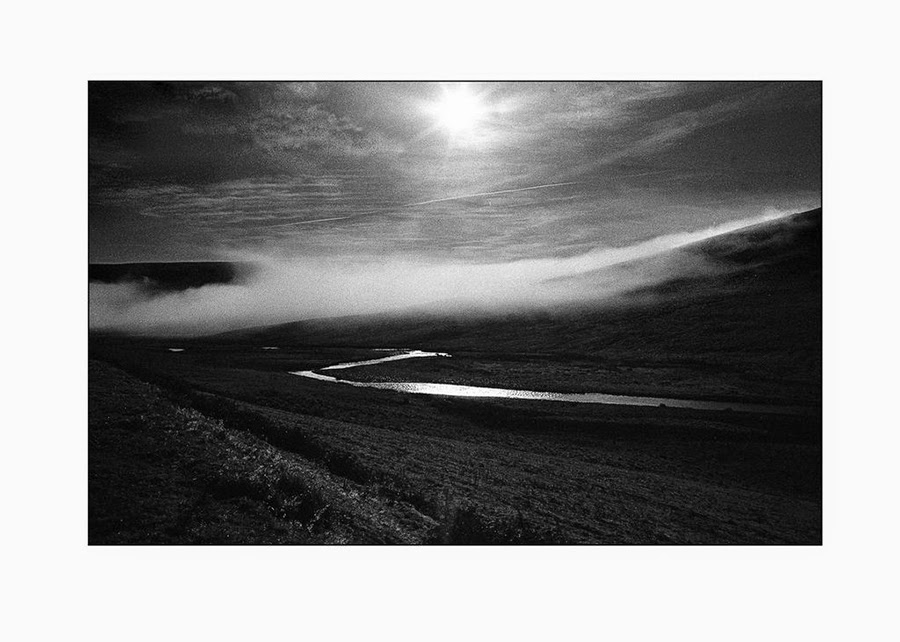